Your organic CTR might not be what you think it is

You know how you see these average organic search traffic click through percentage studies every now and then? They’re often based on a lot of data and fancy statistics.

Today I got a thought to see how well those studies correlate with the customer data of our agency’s clients, as reported by Google Search Console.

I was particularly interested whether or not there’s a difference between industries and between desktop/mobile. I was expecting to see some differences, but honestly wasn’t expecting the types of results I got.

Before diving in to the results, I should probably tell how the data was collected and what limitations it might have:

Now with that out of the way, let’s dive in.

You can call me naive, but I was surprised to find such huge differences between industries for CTR.

Let’s start with the organic click through rates for desktop: 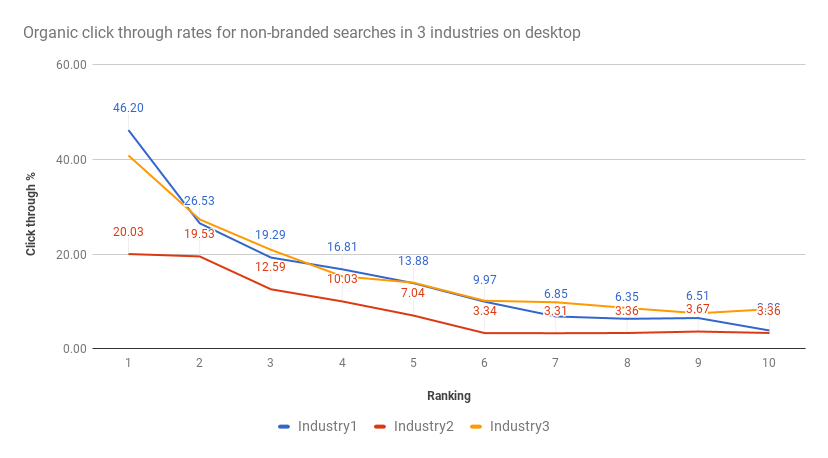 As you can see, there’s a massive difference between the click through rates between industry1 and industry2! Basically no matter where you rank, your organic CTR is going to be much lower for the industry2 compared to the other industries.

The same difference appears on mobile as well, even if the curves are slightly different as more people seem to prefer top3 positions from the smaller screen: 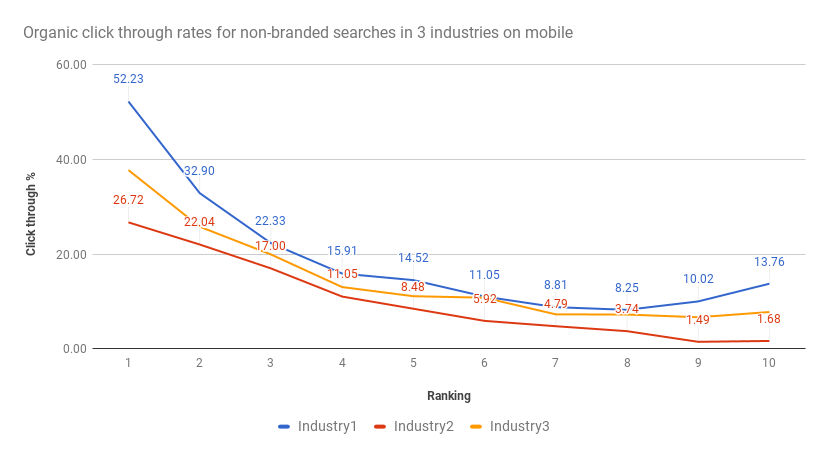 When I saw this data, my first reaction was “I must have messed something up”, but after going through a careful and comprehensive recalculation of everything I have to admit that everything checks out.

I can’t say for sure, but here are a few possible explanations:

In any case, I find this data interesting and will definitely have to dig in deeper in the coming weeks and months to understand better what’s going on.

I was also curious how does the organic click through rates for non-branded terms differ between desktop and mobile searchers. Here’s a nifty graph consisting of average data based on above data: 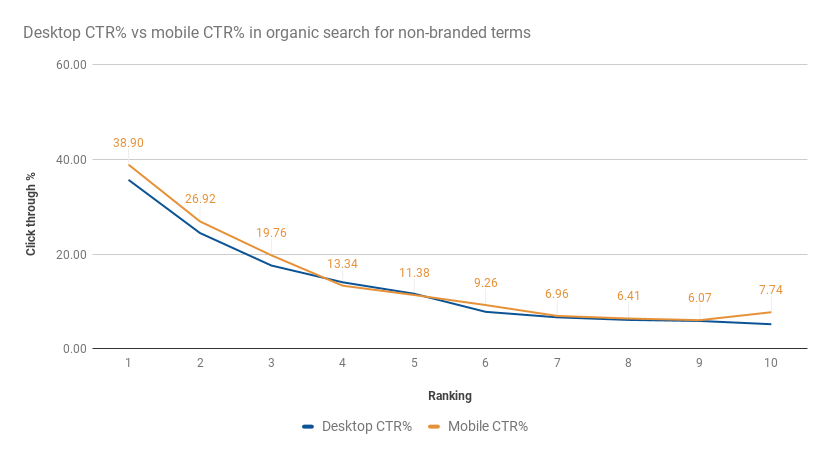 My assumption was that mobile devices do get a higher CTR from organic than desktop, just because “people are too lazy to scroll on mobile”. That assumption was right, but honestly I was expecting a bigger difference between desktop and mobile CTR’s for top3.

Here’s the same data in a table format:

It is however quite amazing how well the graphs align between positions 4 and 9 and basically the CTR is identical for those positions. The difference comes for position 10, but that’s basically an outlier due to surprisingly high CTR’s for industry1 in the graph higher up on this page.

This whole desktop vs mobile would get even more interesting if I could incorporate data how clicks are split between SEPR features, organic and ads. Luckily, Moz just published a post about that so go check it out.

The TL;DR version of that post is “Organic receives 25% less desktop CTR and 55% less mobile CTR compared to two years ago”.

Going through this data was really eye-opening experience for me and a great reminder that you should regularly test/verify your assumptions. Especially so when it comes to data that you might use to estimate the impact or potential of SEO. 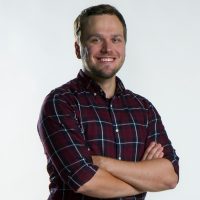